Inspired by the holy Louis-Marie Grignion de Montfort and the spirit of Vatican II, the FIAT Association tries to participate in the mission of the Church, in a humble manner. 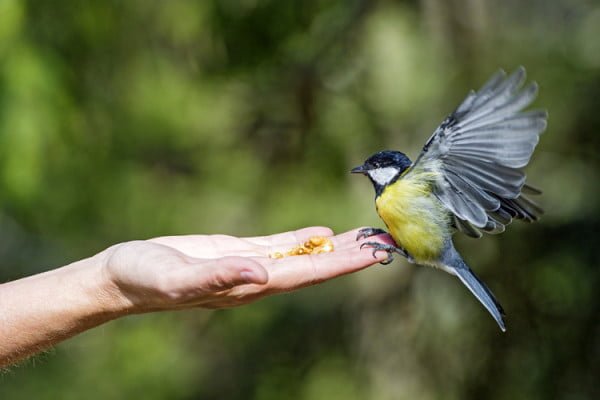 
In order to understand a movement, one has to look at its origins. There is what is called the grace – or the charism – of the founders. In the case of FIAT, there is the exceptional grace of Veronica O’Brien, and her longstanding and fruitful collaboration with Cardinal Suenens. There is also a little group around them: the people who have made the apostolate of Veronica O’Brien and Cardinal Suenens possible.

In order to understand the actual grace of FIAT, we have to see it as the result of three important movements in the Church, that have occurred over the past 50 years.

These three movements are:

The Legion of Mary, in the fifties (of last century)
The Second Vatican Council, during the sixties.
The Charismatic Renewal, during the seventies.


The Legion of Mary is a lay movement. One is a legionary of the faith because one is “baptized,” and not because one has received ordination as a member of the hierarchy.

She found in the auxiliary bishop of Malines (and later Cardinal Archbishop of Malines), Leo Joseph Suenens, an ally to theologically underpin the apostolate of the Legion of Mary.

Bishop Suenens had chosen as his Episcopal motto: “In Spiritu Sancto;” and he recognized in the invitation of Veronica O’Brien to write a book, as a theological companion to the Manual of the Legion of Mary, an invitation of the Holy Spirit. So the book The Theology of the Apostolate came into existence.

The Impact of the Council


The Second Vatican Council and his collaboration with several theologians certainly deepened the Cardinal’s theological understanding. The priority of the People of God – before talking about the hierarchy – was certainly in line with the inspiration of the Legion of Mary, a lay movement. The Church is before all the community of those who share the divine life. Baptism introduces one into the new creation. Through Baptism we are invited to be witnesses of Christ in our everyday life in the World. The charismas about which we read in the letters of Saint Paul are not bygone exceptions, only useful in the beginning of the Church. On the contrary, even today they are a powerful means of evangelization.

The Council has presented Mary as “Figure of the Church” (Urbild der Kirche): She is the first who has believed by her FIAT, and for that reason she is the Mother of all the faithful.

Vatican II, in the Constitution Lumen Gentium has opted for a Mariology which is not a special devotion but which situates Mary in the center of the life of faith. She is the first who has believed. The council has not adapted the theme of Mary “mediatrix of all graces.” She is the Mother of graces through her FIAT.

After the Second Vatican Council


The Charismatic Movement which originated in the Catholic Church in 1967 found in the founding persons of FIAT (Cardinal Suenens, Veronica O’Brien, Yvette Dubois) an enthusiastic reception; and it has helped them to express their faith in the language of praise, in the exercise of the charisma and of the gifts of the Holy Spirit.

Cardinal Suenens received from Pope Paul VI the role of Cardinal-Protector of that new movement, and he was instrumental in keeping that Renewal Movement within the Church.
For the Cardinal, however, the Charismatic Renewal was not just a movement within the Church, but a moment for the Church in the life of the Spirit. For that reason the Cardinal paid special attention to those elements which were less developed in the beginning of the Charismatic Movement, more particularly the role of Mary and the special role of the episcopal hierarchy in Catholic charismatic groups.

In order to illuminates those aspects, he asked representatives of the Charismatic Movement to come to Brussels, to discuss thoroughly the place of Catholics in ecumenical groups.

The so called Documents of Malines were the result of those efforts.


From 1975 – 1980 the Ecumenical Community founded by Pierre Goursat became more influential. This Community continues to link the Charismatic Movement with the traditional French spirituality (devotion to the Sacred Heart, in the line of Marguerite-Marie Alacoque and of the visitation). In Paray-le-Monial the Charismatic Movement and the Emmanuel Community encountered one another mainly during the Summer Sessions organized by the Emmanuel Community of Paris. The accent is now the adoration of the Blessed Sacrament, the sacrament of Confession, and the theological formation. The inspiration of FIAT could be recognized in the alliance of the traditional French spirituality and the Renewal in the Spirit; and at the same time, the founders stressed the role of Mary more along the lines of the spirituality of Saint Louis Grignion de Montfort.